Information regarding donations in memory of Coach Heinz. 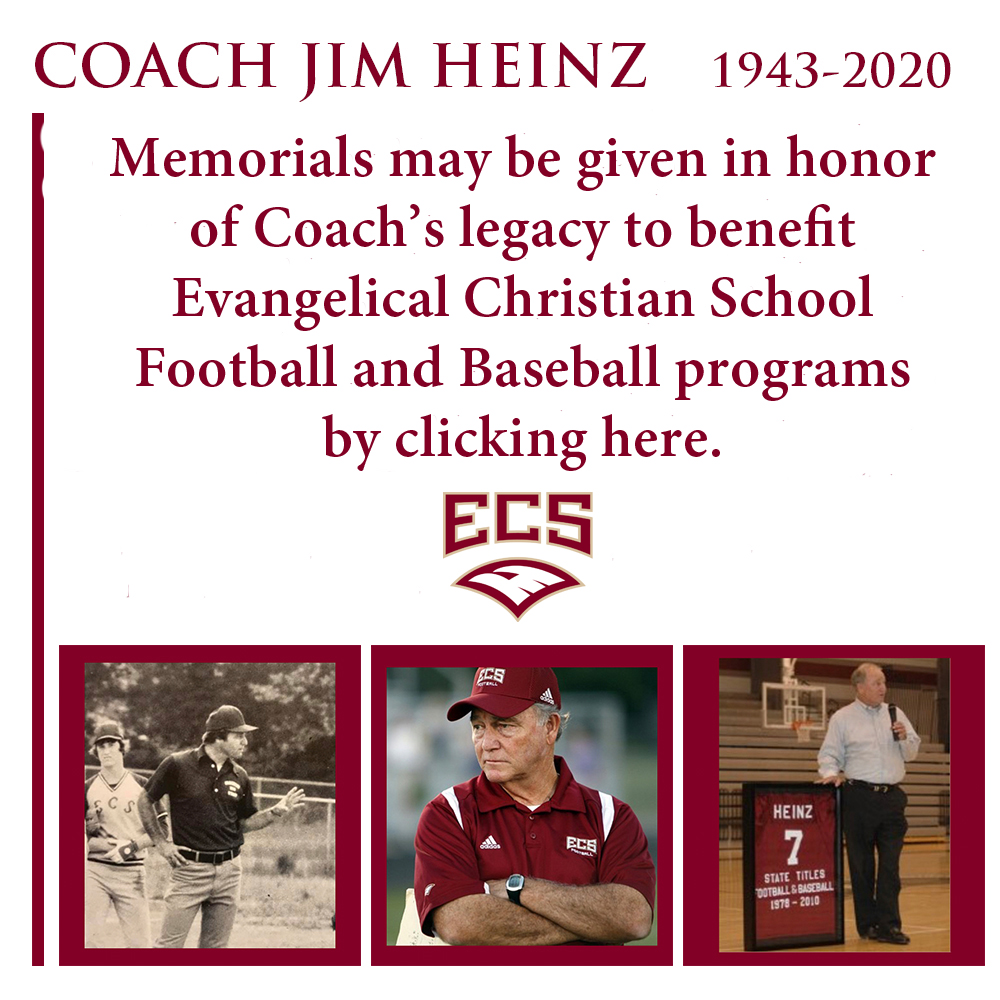 James Douglas Heinz, 76, entered the presence of the Lord on January 2, 2020. A native of Memphis, Coach Heinz had a career that spanned 54 years as a football coach, baseball coach, athletic director, and teacher at Colonial Junior High, Briarcrest Christian School, and Evangelical Christian School. While at ECS, he led his teams to seven TSSAA state championships, four as head football coach and three as head baseball coach. In 2018 he was inducted into the Tennessee Football Coaches Hall of Fame. Despite these achievements, wins were secondary to him; he was more concerned that his players grew into men of character, worthy husbands and fathers, and most importantly, followers of Christ.