Brent Rooker (ECS 2013) has a most impressive baseball resume!

Brent Rooker (ECS 2013) recently graduated from Mississippi State University with two degrees while earning SEC Athletic Academic Honor Roll. While at Mississippi State, Brent achieved legendary status as the Captain of the Bulldog baseball team completing a three year playing career that rivaled any to ever play for the Bulldogs. His 2017 season was one for the ages. During the season, he was named a first team All-American by five different publications, the National Player of the Year by the NCBWA, was a Golden Spikes Award finalist and a Dick Howser award finalist, the unanimous choice for SEC Player of the Year (first Mississippi State 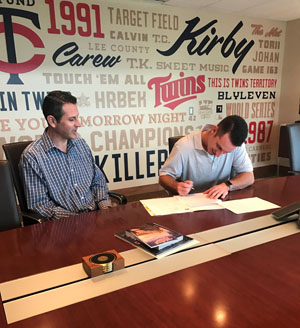 player ever to receive this honor), first team all SEC, and was selected as the Roy S. Kramer SEC Male Athlete of the Year. He was the first player - and only the 2nd player ever - since fellow Bulldog Rafael Palmeiro in 1982 to win the league's triple crown (Most HR, Most RBI & Highest Batting Average), while also leading the SEC in eight different offensive categories and the entire Nation in three different offensive categories. He also became the first player in league history to surpass 20 HR, 70 RBI and 20 doubles in the same season, leading his team to a Super Regional berth for the 2nd season in a row.

To cap off the season, Brent was the 1st round selection (35th overall pick) of the Minnesota Twins in last June's amateur baseball draft. During the summer of '17, Brent began his professional career in Elizabethton, TN for the Twins Rookie League affiliate. After a very successful short stay there, Brent was promoted to the Twins High A affiliate in Fort Myers, FL where he finished a very successful first year as a pro batting .282 with 18 HR. He was named the Minnesota Twins Minor League Player of the Week in August and twice named the Florida State Player of the Week during the season. At the end of his first professional season, the MILB pipeline named him the Minnesota Twins Hitter of the Year. Presently he is ranked as high as the #4 Twins overall prospect and will begin Spring Training with the Twins in late February 2018. 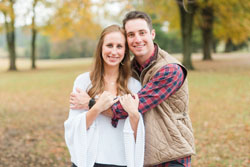 However, the highlight of Brent's year was convincing 2012 ECS graduate Allie Oliver to say "yes," The high school sweethearts plan to be married next November in Memphis.