We are pleased to announce that Robert Stice has been named ECS Varsity Girls Lacrosse Head Coach. Robert is originally from Cheyenne, Wyoming. After moving to Memphis, he began playing lacrosse in middle school for a startup program at Ridgeway. He was an All State attackman by his senior year and subsequently played club ball at the University of Memphis. He served as president of the Memphis club team for two years.

While playing college club, Robert's first job was as head coach at St. Agnes Academy. He then moved to Houston Middle School and took the team to the state title game two years in a row. After three years at Houston Middle, he came as an assistant coach for ECS Varsity Boys Lacrosse. In his four years here, the team has won two state championships and made the playoffs every year.

We look forward to all that Robert will bring to our Girls Lacrosse program as he also continues to serve as assistant in the Boys program. 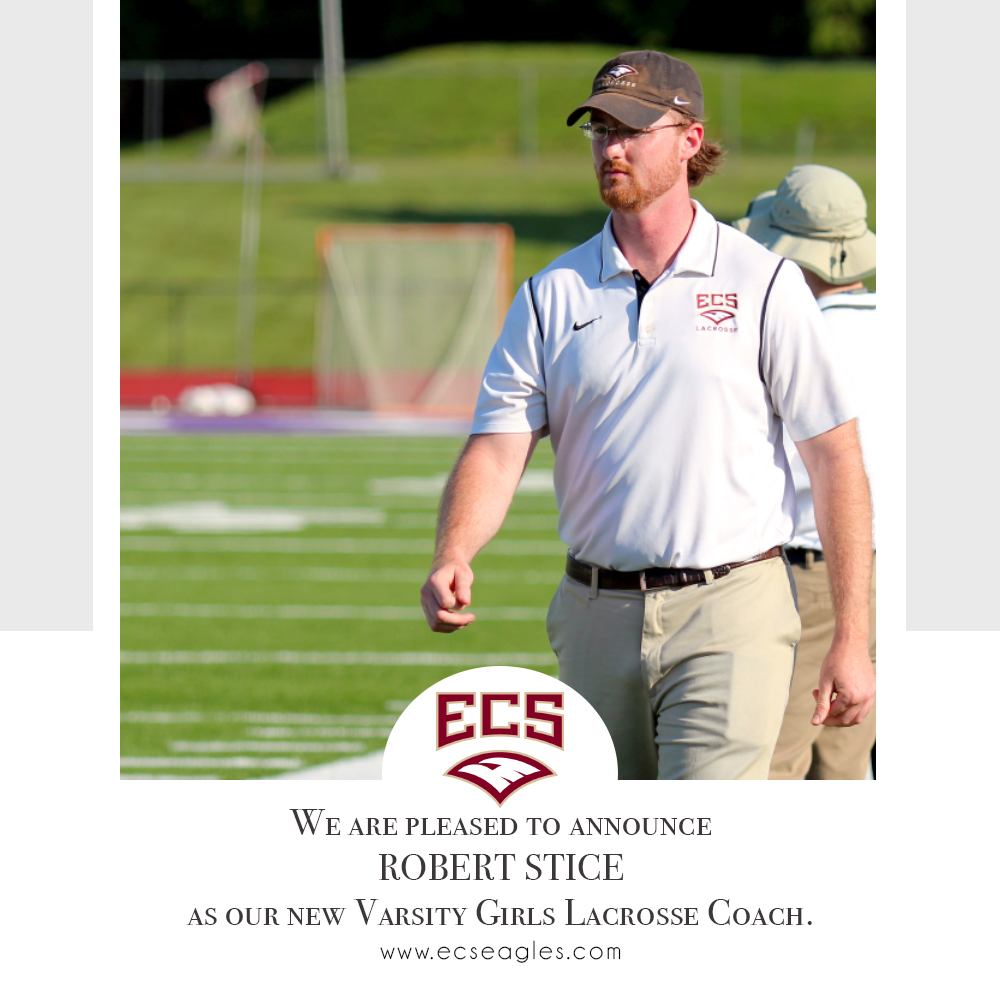