Hebrews 11:39a, "These were commended for their faith." 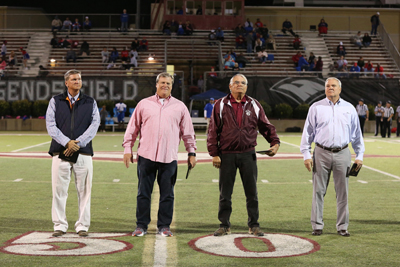 The Hebrews 11 Hall of Honor began in 2012-13 and is taken from Hebrews 11:39a, "These were commended for their faith." The criteria for being recommended for the Hall of Honor include a ten-year association with the school, significant contributions made to ECS and its programs, a servant's heart, ministry to others, committed to the mission of ECS, and loves and connects with students and faculty and staff. Recipients are usually those associated with the athletic programs at ECS. 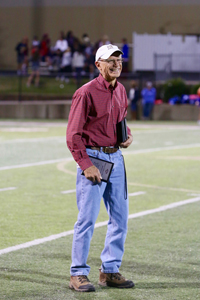 Former athletic director, John Roelofs, is the chairman of the committee.

The inductees are given a plaque with Hebrews 11 Hall of Honor at the top with the year inducted. It is followed with the names of the inductees and the Hebrews 11:39 verse at the bottom. Their names are also inscribed on a black plate on the north archway of Legends Field. 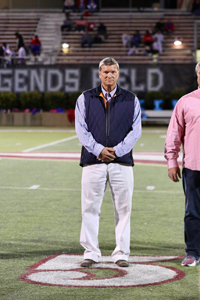 Scott came to ECS in the 7th grade and graduated in 1983. While at ECS Scott was a 4-year letterman in four sports – football, basketball, baseball, and track – and competed at a high level in all of them. After graduating from ECS, he went on to play collegiate baseball. Scott has dedicated many years to ECS in coaching Saturday League basketball, Memphis Eagles baseball, and Eagles soccer. He has donated many hours to operating the concessions at Friday night football, baseball, and soccer games. Scott enjoys "grilling" anything and loves to serve the school. Scott is married to Tracey Hatton Jamison, and they have had four children graduate from ECS – Heather (2006), Hallie (2008), Will (2011), and Caroline (2014). The Jamisons have five grandchildren. 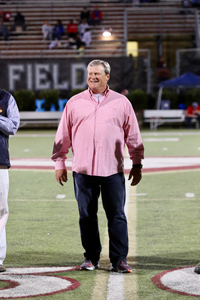 Rob began at ECS in the 10th grade and graduated in 1979. He married his school sweetheart, Karen Tashie Jamison (ECS 1981), and they have been married for 34 years. While at ECS Rob was a star athlete in football, basketball, and track. He went on to play football at Memphis State. The Jamisons have five children – Kelley (2005), Trey (2008), Keri (2007), George (2011), and Kate (2014) – and five grandchildren. Rob has coached Saturday League basketball, Little League baseball, and soccer teams. He was very involved in the Athletic Booster Club and served as its president from 2005-2009. Also, after taking over the concession stands in the fall of 2004, Rob decided it was time to step it up a notch and grill team was begun. Rob and his brother Scott together became the grill masters. Rob's motto for life is "Attitude is everything and always give 100% in everything you do in life and to the glory of God." 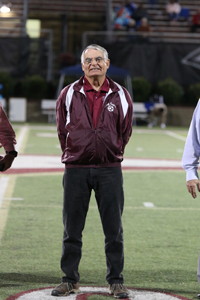 An ECS parent from 1981 through 2009, all five of the Davis children attended from kindergarten to graduation: Tyler (1995), Garrett (1996), Cameron (2001), Caitlin (2003), and Suzanna (2009). Sam served as a member of the ECS Board of Trustees from 1994 to 2003 and again from 2005-2011 for a total of 14 years. While on the Board, Sam served on the Education Committee and the Scholarship Committee. He took a leadership role in all Capital Campaign drives spanning a 25-year period. These campaigns funded such improvements as the building of Eagle Hall, the Chapel/Auditorium, and the Legacy Center on the Shelby Farms campus. They also included the purchasing of property and the building of the Forest Hill Lower School campus as well as a number of improvements necessary to the academics, athletics, and fine arts programs. Sam enjoyed two years of coaching the Lady Eagles middle school soccer team in 1997 and 1998. He also coached middle school softball from 2003 through 2005, and one year of lower school softball in 2017. Sam continues to donate his time and funds to all areas of ECS athletics, lower school through upper school. 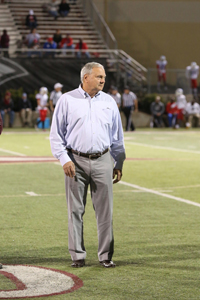 Wayne is the former President and CEO of Dowdle Sports. He has had a long standing connection and relationship with ECS as a parent, a coach, and a business partner. If you played sports at ECS from 1975 – 2013, odds are that you wore a uniform ordered by Wayne, or spent time in his store picking out the apparel and equipment for your athletic needs. Little did Wayne know that these working connections would lead to relationships with some of his closest friends and many special moments in his life, not to mention making an impact on the lives of hundreds of young men. Wayne coached middle school football from 1979 through 1992. During that span, ECS became one of the top teams in Shelby County and also won the city championship in 1989 following the Eagles' first undefeated season. After a two-year break, Wayne came back to help lead the 8th grade football team to three more championships. He also assisted with varsity football quarterbacks and receivers from 1997 to 2000, during which ECS won two State Championships in 1999 and 2000. Both Wayne and his wife Jeanie have been constant supporters of the ECS community, and they continue to attend sporting events. They are proud parents of three graduates, Clint (2001), Brooks (2004), and Blair (2011). The friendships, relationships, and opportunities to impact young men are the things that drove Wayne throughout his career and association with ECS.