Lynden Jones attended The University of Tulsa where she studied Musical Theatre with a minor in vocal performance. In her time there, she had the opportunity to take on roles such as the Witch (Into the Woods), Maureen (Rent), the Nurse (Romeo and Juliet), Mae (Reefer Madness), and Annie (Some Enchanted Evening). She began her love for theatre in middle school at Briarcrest as a lost boy in Peter Pan and continued through high school with some of her favorite roles being Luisa (The Fantasticks), Ado Annie (Oklahoma!), Ilona (She Loves Me), and Annie (Annie). She has been involved with Theatre Memphis, Harrell Theatre, Desoto Family Theatre, as well as Playhouse on the Square, where she has added to her resume: Mary Poppins (Mary Poppins), The Bakers Wife (Into the Woods), Cassandra (Cats), Lily St. Regis (Annie), Kitty (Chicago), Val (A Chorus Line), Elizabeth Benning (Young Frankenstein), and most recently took on Fiona (Shrek).

She came to ECS after having been at Riverdale Elementary School for the five years as the theatre director and teacher. She has also directed shows at The Harrell Theatre and New Day Children’s Theatre. Lynden also owns her own vocal/acting studio (Stage.Life.Studio) where she is privileged to work one on one with students who wish to pursue performing arts as a career.

She has been a finalist/sweepstakes winner in the Mid-South and Delta Fair. She was in the All South West and All State Honor Choirs for 6 consecutive years. She was very active in musical productions at Bellevue Baptist Church while growing up and has now been serving as a worship leader at The Orchard Church in Collierville for five years. Throughout her education she has been trained in the acting styles of Mesiner, Uta Hagen, Stanislovski, Brecht, and Shakespeare. Her dance training includes intermediate levels in hip hop, ballet, tap, and jazz.

Lynden is honored to be the Head of Performing Arts at ECS and looks forward to growing the program to its full potential. She is the mother of three (Emery, Addison, and Hawkins). 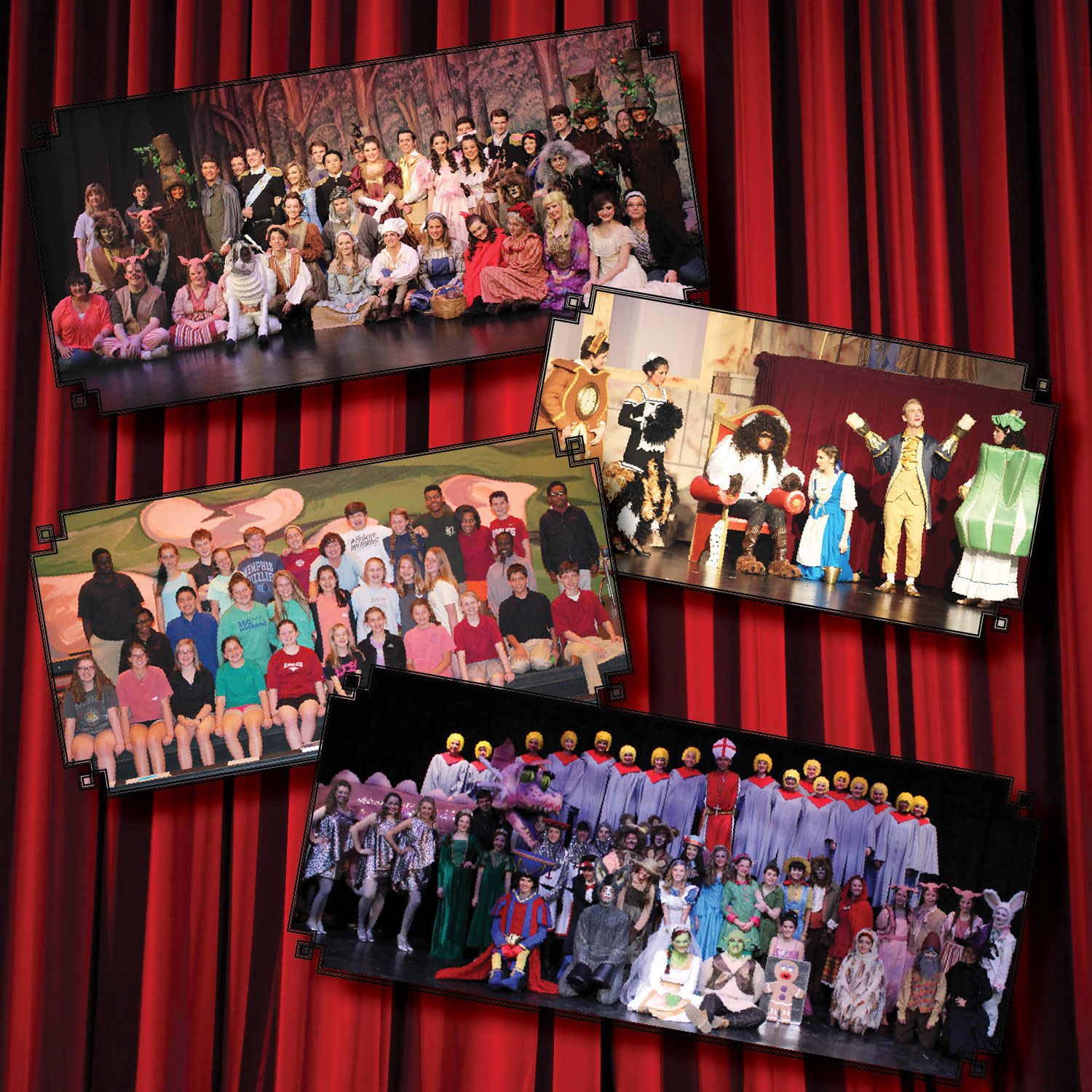 The ECS Drama department offers a variety of sponsorships that can be purchased at any time throughout the year. These sponsorships provide upgrades over and above ticket sales receipts. Check out the options to assist ECS Theatre in this vital way!