The mission of Evangelical Christian School is to provide the Christian family a Christ-centered, biblically directed education that challenges students to know the Lord Jesus Christ and to develop the vision and practice of excellence in academics, character, leadership and service to others.

THE BASIS OF EVANGELICAL CHRISTIAN SCHOOL is the whole counsel of the infallible Word of God as contained in the Scriptures of the Old and New Testament, as widely held and interpreted in the major evangelical confessions, doctrinal statements and documents. In accordance with these confessions, we hold unreservedly to the sovereignty of God, revealed in the Lordship of Jesus Christ, over the world and thus over every department of human activity, and submit unconditionally to the authority of Holy Scriptures, thereby recognizing these scriptures as the supreme and final standard for Christian education and all matters of faith and life. On this basis we subscribe to the following articles of belief:

We believe in the Scriptures of the Old and New Testaments as verbally inspired by God, and inerrant in the original writings, and that they are supreme and final authority in faith and life;

We believe in one God, eternally existing in three Persons: Father, Son and Holy Spirit:

We believe that Jesus Christ was begotten by the Holy Spirit, born of the Virgin Mary, and is true God and true man;

We believe that man was created by an immediate and direct act of God, in the image of God, that he sinned, and thereby incurred not only physical death, but also that spiritual death which is separation from God; and that all human beings are born of a sinful nature, and are sinners in thought, word and deed;

We believe that the Lord Jesus died for our sins, according to the Scriptures, as a representative and substitutionary sacrifice; and that all who believe in Him are justified on the ground of His shed blood;

We believe that all who receive by faith the Lord Jesus Christ are born again of the Holy Spirit, and thereby become children of God;

We believe that the whole counsel of God as found in the Old and New Testaments of Scripture provides the framework of God’s intent for relationships. In that full context, human sexuality is a gift from God to be celebrated and culminated within marital parameters exclusively between a male and a female made in His image;

We believe in the resurrection of the crucified body of our Lord, in His ascension into heaven, His present life there for us as High Priest and Advocate, and that He will personally return and set up His Kingdom wherein He will rule and reign in righteousness;

We, therefore, believe in:

The Personality, Deity and Work of the Holy Spirit.

The Personality, work and limited role of Satan.

The Great Scriptural Doctrines of Sin, Salvation by Grace, Redemption, Regeneration, Justification by Faith, Prayer, Physical Resurrection, the Reward of Believers and Retribution of Unbelievers.

God’s design of humans as uniquely male and female with distinct roles and purposes, with equal dignity and worth to both.

ECS values are scriptural ideals that guide all areas of school life. Each member of the ECS constituency – board, staff, parents, students, and alumni – is to 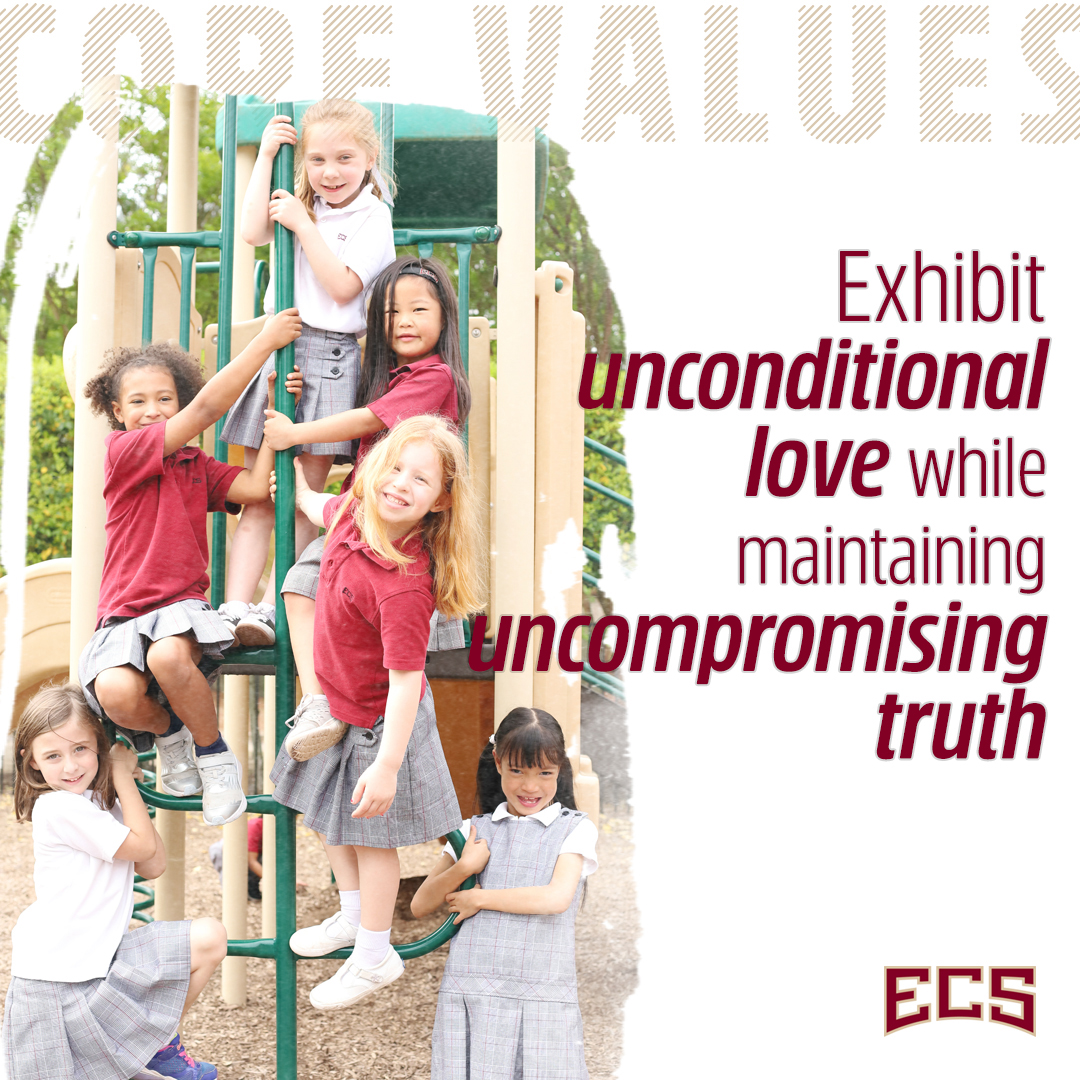 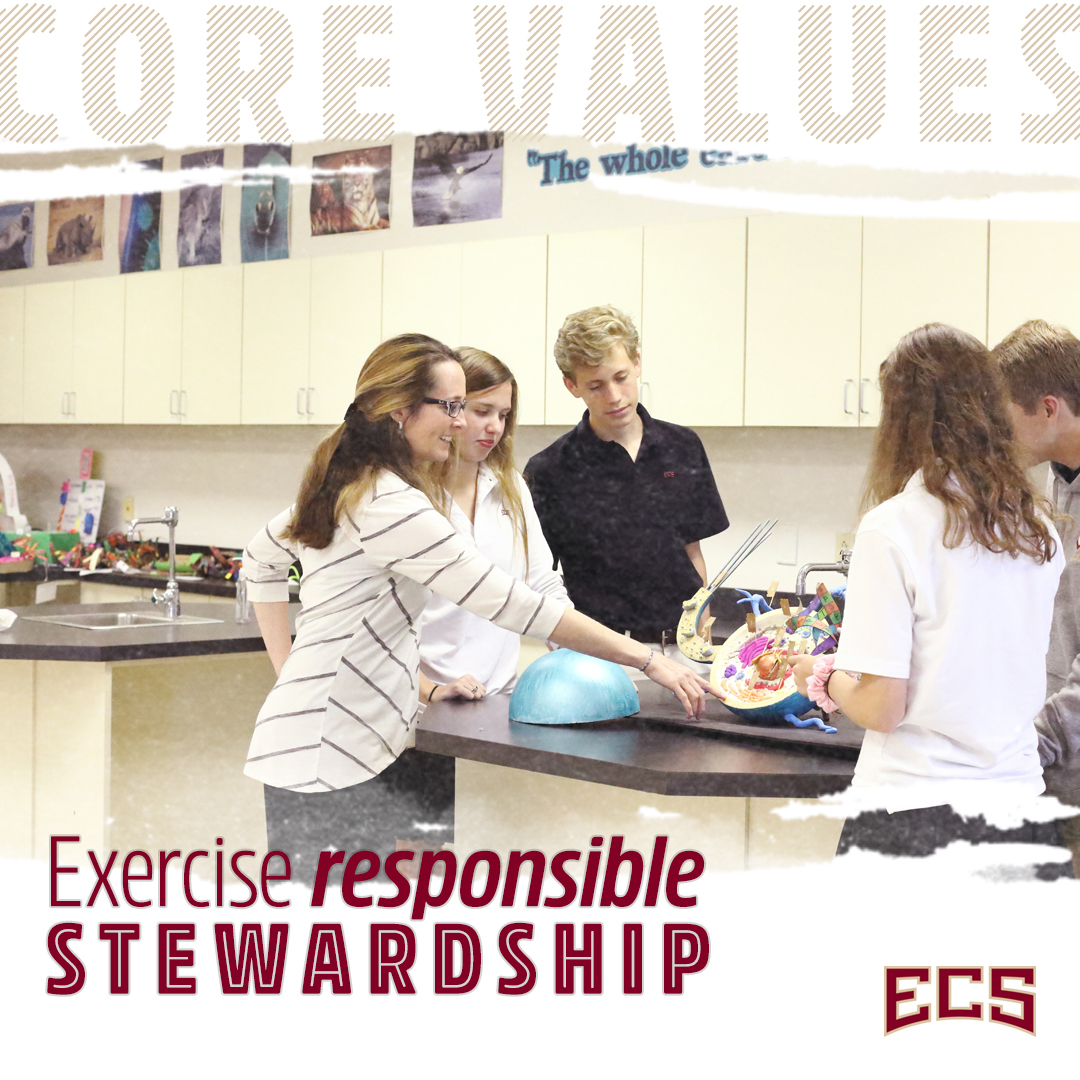 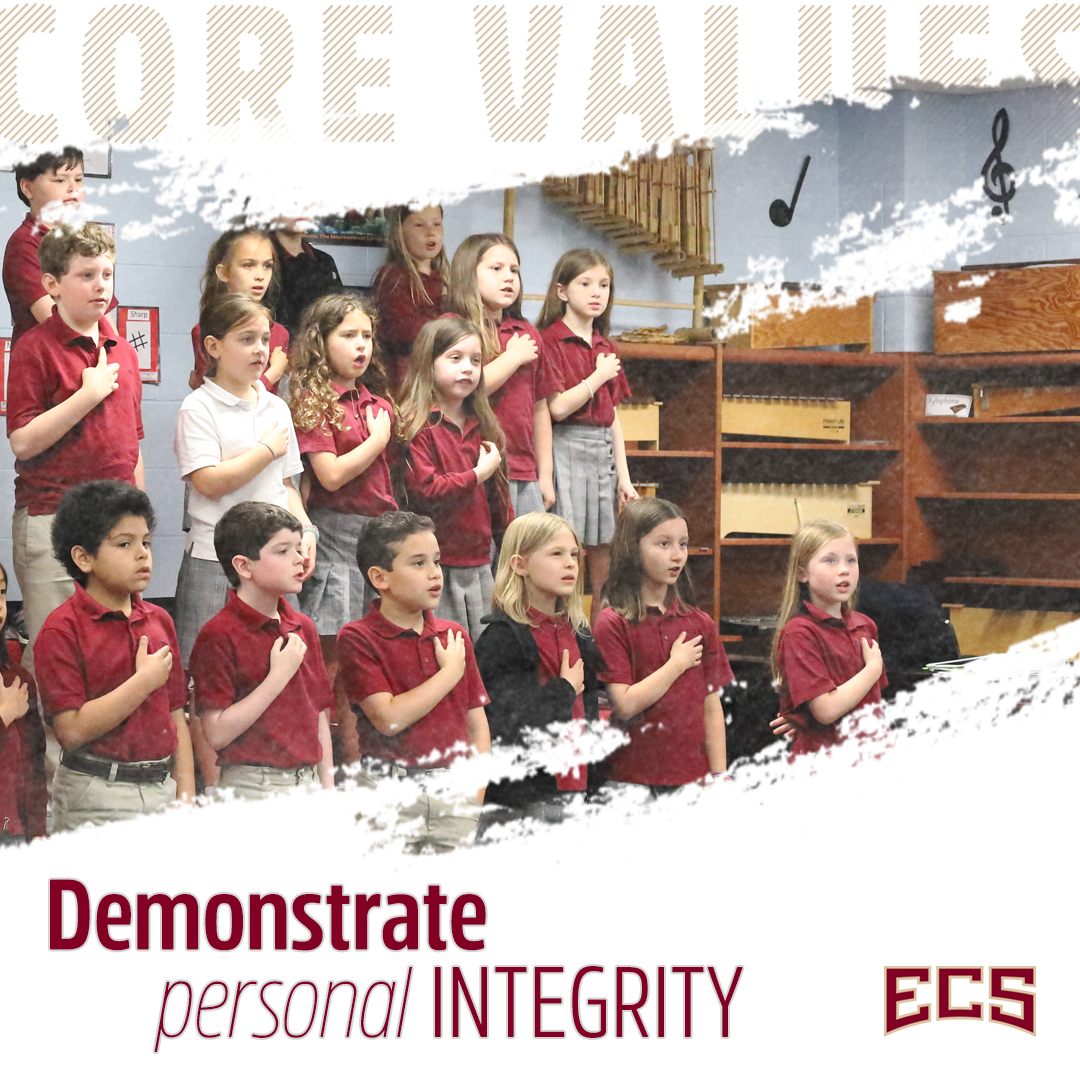 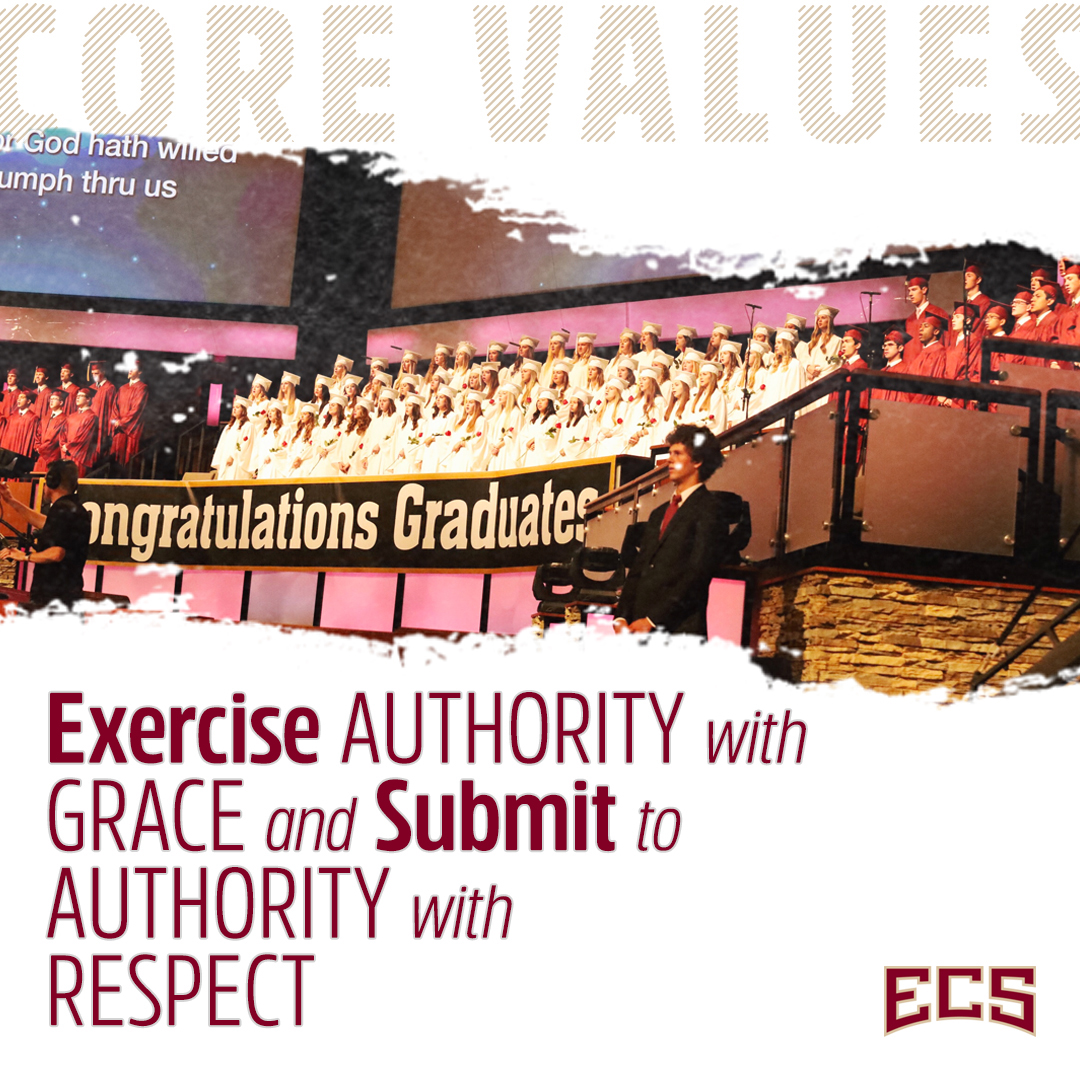 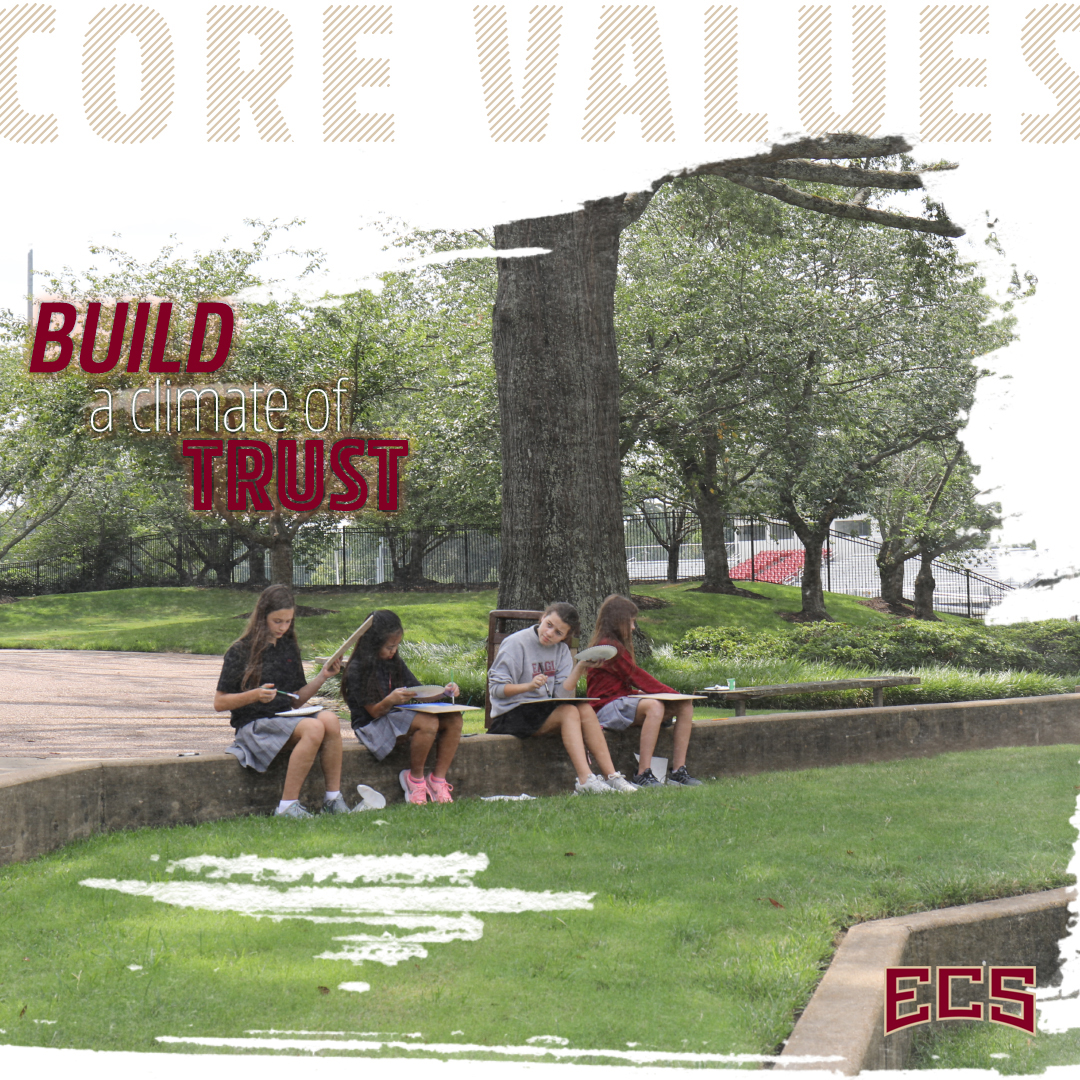 “But they that wait upon the LORD shall renew their strength; they shall mount up with wings as eagles; they shall run, and not be weary; and they shall walk, and not faint” (Isaiah 40:31).